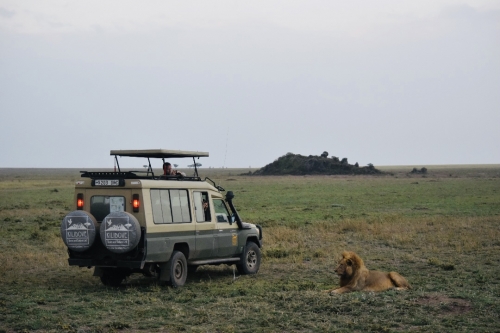 When is the best to visit Tanzania?

The best time to visit Tanzania depends on what wildlife you’d like to spot. The country’s seasons and wildlife numbers are dictated by the rains, so you’ll have a slightly different experience depending on when you choose to visit.

Tanzania’s headline attraction is the Great Migration, which occurs year-round across the Serengeti. Many people flock here between July and October for a chance to witness huge herds of wildebeest and zebra crossing the Mara River — panic ensues as they try to avoid the jaws of crocodiles and other predators waiting to pounce. You’ll see lots of vehicles in the park at this time of year, though.

Tanzania’s ‘green season’, between November and Mid June, is much quieter. While there’s a chance of rain showers especially in March and April, it’s a fantastic time for birdwatching as migratory species arrive in their thousands. You’ll also see Great Migration herds with their newly born calves.

Herd of the Great Migration in the Serengeti

The mass movement of wildebeest plays out in Tanzania each year, culminating in the Mara River crossings between July and October to Mid November.

In their search for fresh grazing, herds that can number thousands of animals risk the crocodile-infested river and the awaiting leopard on the far bank in many hazardous river crossings.

November’s short rains bring new life to the grasslands of the southern Serengeti-Ndutu. They also bring the wildebeest, who can detect rain from more than 50 kilometres away.

The herds converge on the Serengeti’s short grass plains, to give birth to their young in January to February time.